Metformin (MET) is increasingly used for treatment of type 2 diabetes (T2D) in patients with chronic kidney disease stage 3 (CKD3); however, it is unknown if rates of MET monotherapy failure differs in patients with and without CKD3.

This was a retrospective study including 21,142 US Veterans with T2D and estimated glomerular filtration rate (eGFR) >30 ml/min/1.73m2 who initiated MET monotherapy between 01/2010 and 03/2017. CKD3 was established as eGFR 30-59 ml/min/1.73m2. MET monotherapy failure defined as the 1st 90-day gap in MET refill (MET discontinuation) or the addition of 2nd hypoglycemic agent (HA) during 3-yr follow up was compared between patients without and with CKD3 using univariate and multivariate Cox regression analyses adjusted for case-mix.

In newly treated patients with T2D the presence of preexisting CKD stage 3 was associated with increased risk of MET monotherapy failure. MET discontinuation may be expected in CKD3 patients with the prorgession of CKD; however, our findings of the increased risk of addition 2nd HA warrant further studies to understand whether hypoglycemic efficacy of MET monotherapy is reduced in CKD stage 3. 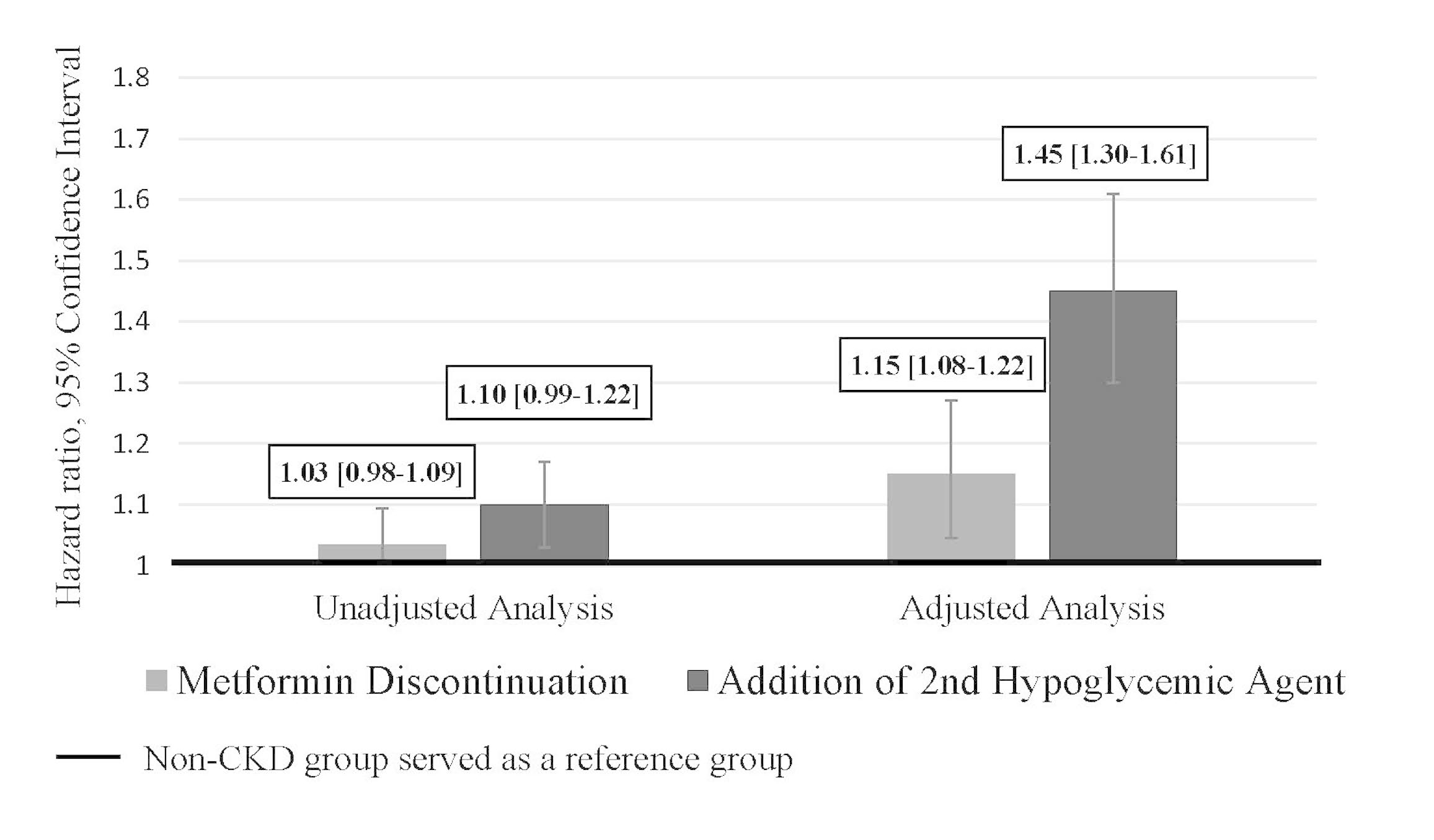