The purpose of the present study was to investigate whether supplementation with alpha lipoic acid reverses the decrease in nuclear reduced glutathione (GSH) levels in kidneys from old rats. GSH is the major antioxidant inside cells, and a decrease in GSH levels is associated with increased oxidative damage caused by free radicals.

There were three groups of female Lewis rats used in the study. The Young Control rats (n=4) were 3 months of age, the Old Control rats ( n= 4) were 22 months of age, and the Old Experimental rats (n=4) were 22 months of age. Only the Old Experimental rats received alpha lipoic acid (100 mg/Kg body wt) by i.p. injection for one week.The kidneys were harvested from anesthetized rats, and the cortex and medulla were separated and homogenized.The nuclear fractions were isolated using differential centrifugation. The GSH levels were measured with a spectrophotometric assay. Comparisons between groups were done using ANOVA followed by the Fisher's LSD post hoc test. All data are shown as X ± SEM. Statistical significance was determined at p ≤ 0.05.

Supplementation with alpha lipoic acid reversed the age-related decrease in nuclear GSH levels in the kidney cortex and medulla from old rats. The GSH levels were not different from the levels observed in young rats.

The findings suggest that dietary supplementation is beneficial to cell nuclei in rat kidney by preventing the decrease in GSH levels observed with age. 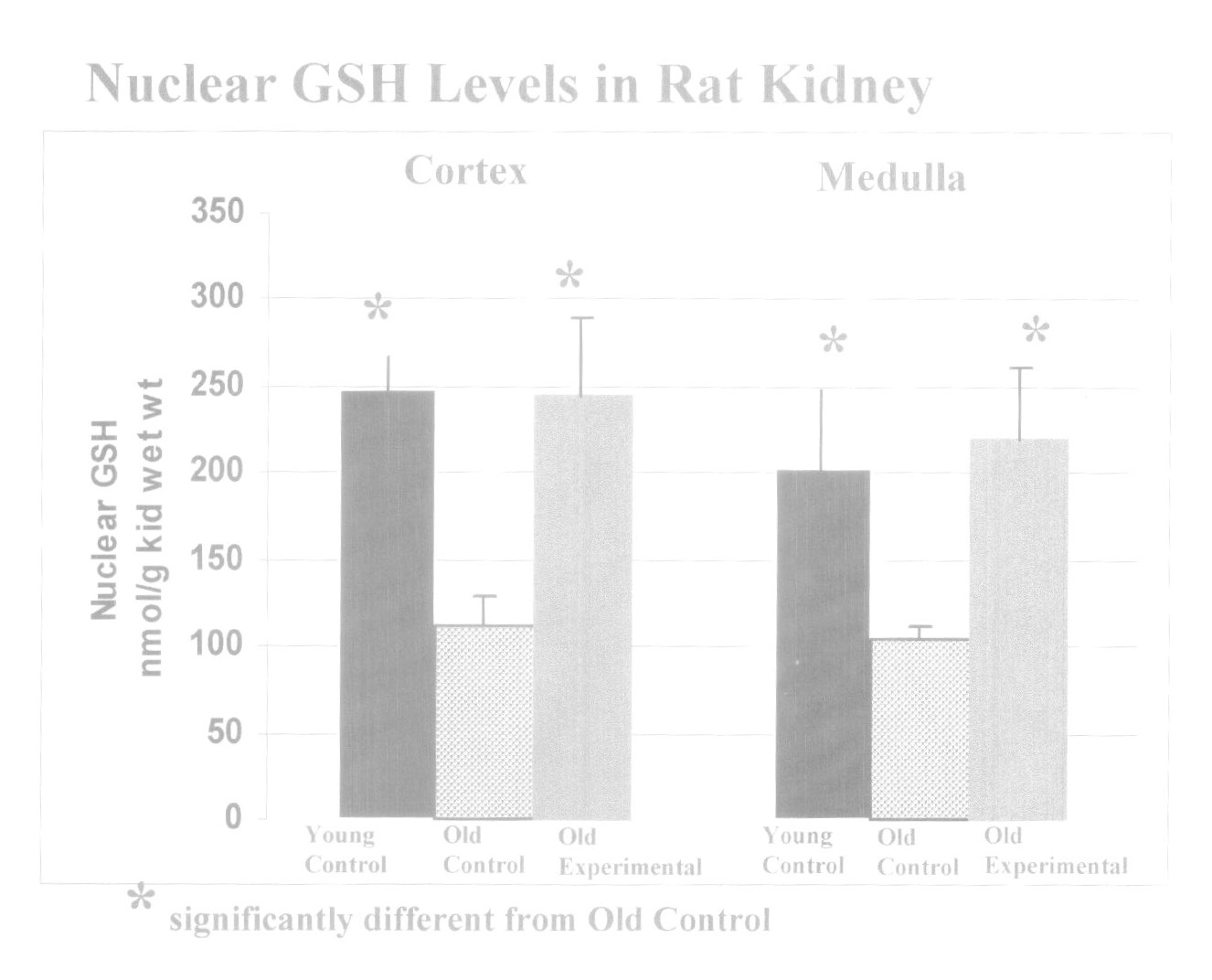