Thrombocytopenia has been reported coincident with continuous renal replacement therapy (CRRT). We present a patient who developed thrombocytopenia on CRRT with gross and microscopic evidence of platelet clumping in the extracorporeal circuit.

An 83 year old female with atrial fibrillation developed acute kidney injury requiring CRRT in the setting of ischemic bowel. Heparin was started due to suspicion of embolic phenomena. CRRT with citrate anticoagulation was begun using the NxStage System One (Purema H) without immediate issues. However, coincident with a progressive thrombocytopenia to a nadir of 75 x103/uL, the care team noticed a white substance at the venous header of the dialyzer (Figure 1). Heparin was stopped due to concern for heparin-induced thrombocytopenia. CRRT was stopped and the dialyzer was sent to Pathology for evaluation.

The white substance was found to be composed of many platelets with entrapped white blood cells and red cells, consistent with platelet clot. CRRT was withheld for 2 days with improvement of platelet count from 75 to 140 x103/uL before the patient was restarted on CRRT due to clinical need; platelets subsequently decreased to 79 x103/uL with reappearance of the white substance in the dialyzer. HIT testing was negative. The patient expired several days later when her family requested comfort care.

Thrombocytopenia is frequently seen in critically ill patients, and it is often difficult to pinpoint a specific cause. In our case, gross and microscopic evidence of platelet clumping were seen in the CRRT filter coincident with thrombocytopenia, which remitted when off and then recurred when restarted on CRRT. Care teams should examine the dialyzer carefully when there is unexplained thrombocytopenia, as platelet activation and trapping within the circuit may be responsible. 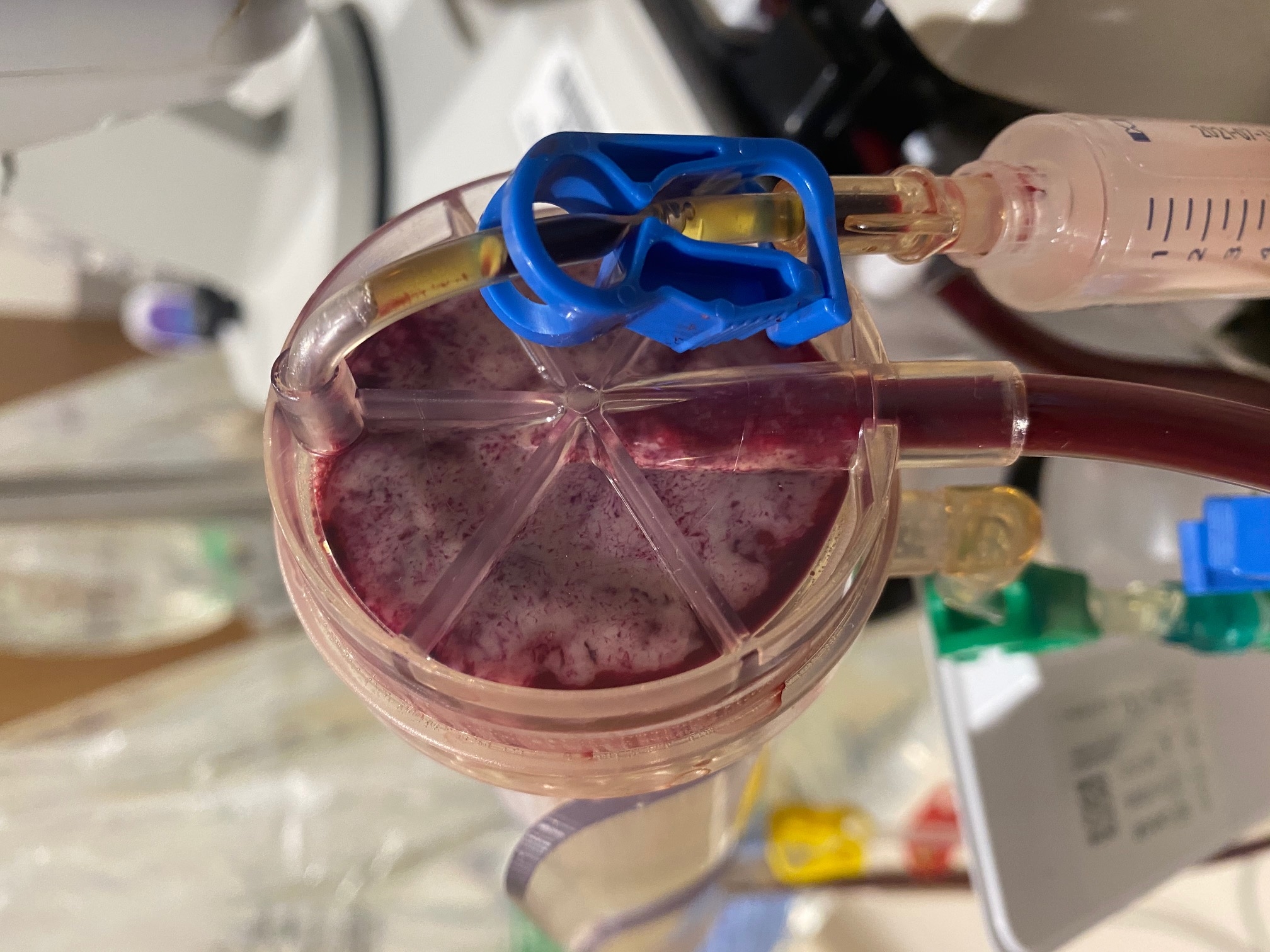