Diabetic kidney disease (DKD) is becoming increasingly common among children. We aimed to estimate the risk of end-stage renal disease (ESRD) and mortality among adolescents with type 1 diabetes mellitus (T1DM) or type 2 diabetes mellitus (T2DM) and normal renal function compared to non-diabetics. We hypothesized that childhood onset T1DM vs T2DM would be associated with a different risk profile for developing ESRD and its complications.

A nationwide, population-based, retrospective cohort study, including 1,500,522 adolescents examined for military service between 1967-1997, which were classified according to the presence and type of diabetes. Data were linked to the Israeli ESRD registry. Cox proportional-hazards models were used to estimate the hazard ratio (HR) for ESRD. 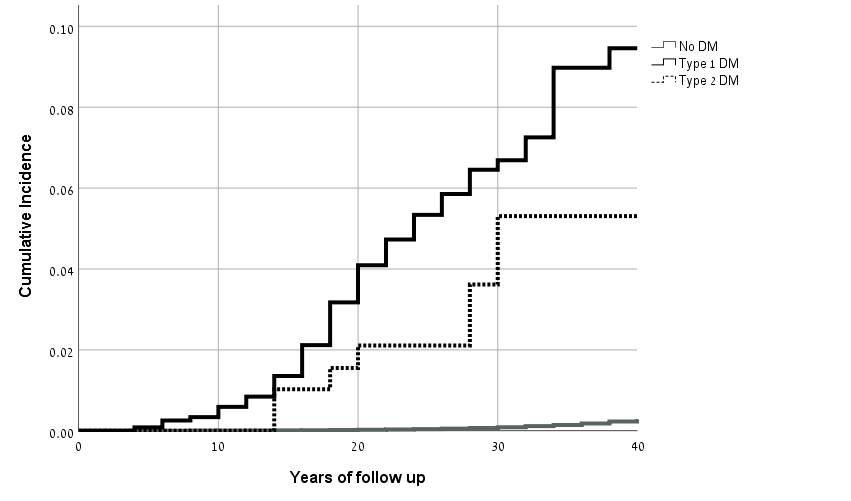