Cardiovascular (CV) disease is prevalent after kidney transplant (KTx). The objective of this study was to describe patients with recurrent CV events in association with allograft function and mortality.

1148 consecutive adults that received a KTx between 2011-2013 at a single center were evaluated. CV events were defined as: cardiac: myocardial infarction, heart failure, cardiac arrest requiring resuscitation, and vascular, any stroke, or peripheral vascular disease requiring intervention. Recurrent events were defined as more than one event (either cardiac or vascular). 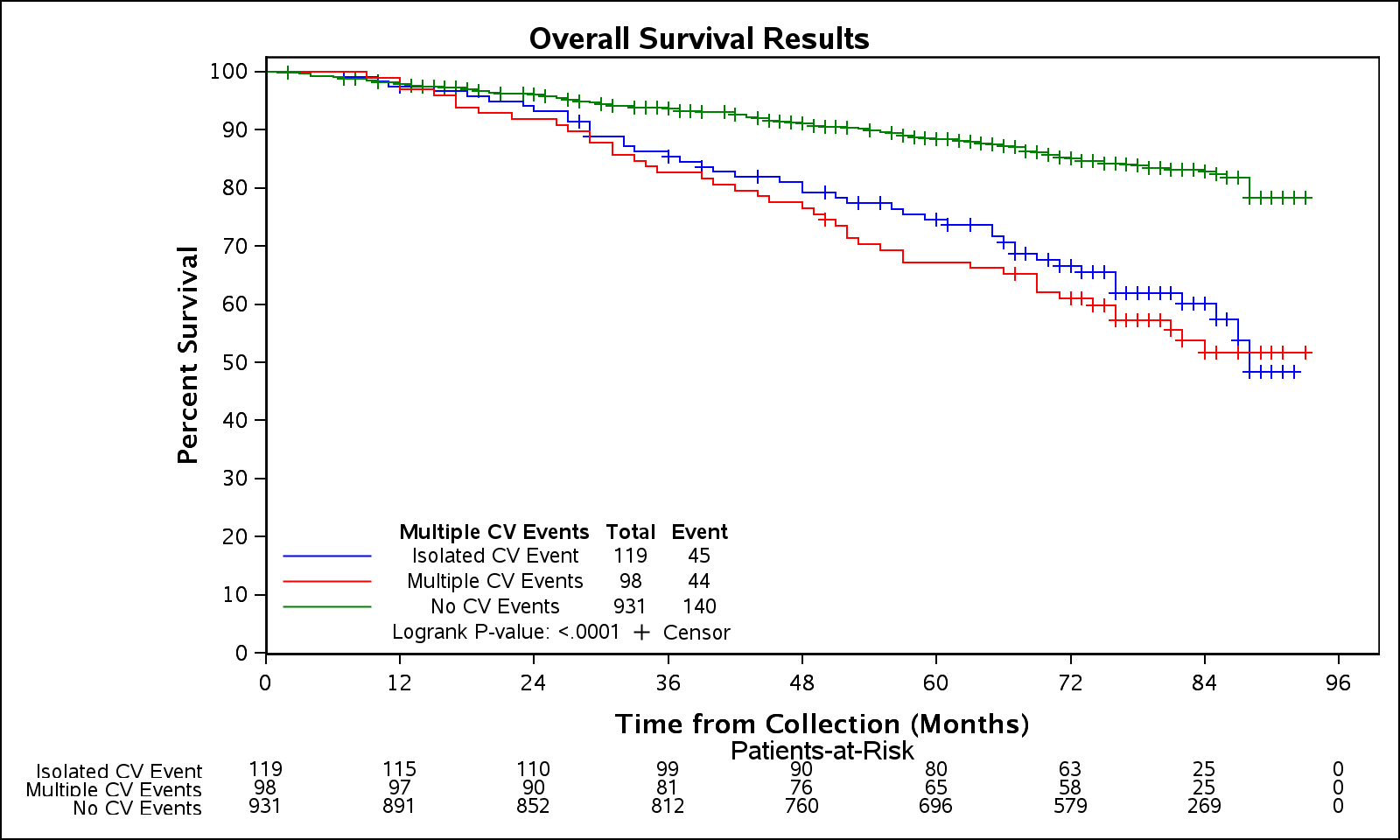