5-year-old male ipresented at the end of the first month of life, with type 1 diabetes mellitus, hypothyroidism, and chronic diarrhea and diagnosed by IPEX syndrome by c.434C>T; p. Ala 145Val mutations in the FOXP3 gene. He underwent stem cell transplant at 6 months of age from a fully matched unrelated donor. Post stem cell transplant he has had mixed chimerism with low but relatively stable donor T cells.

He remained relatively stable until 4 years of age when he presented with the clinical picture of Dent’s disease: nephrocalcinosis, tubular proteinuria, Fanconi syndrome (proximal RTA, phosphaturia , calciuria, glycosuria and aminoaciduria) and renal insufficiency.No disease-causing mutations in CLCN5 gene or the OCRL1 gene were identified on genetic testing.

In this case report we presented child with confirmed IPEX syndrome with nephrotic-range tubular proteinuria, proximal RTA, phosphaturia, calciuria, medullary nephrocalcinosis, and renal insufficiency, in addition to the classical triad of enteropathy, dermatitis and polyendocrinopathy.
Our report is the first to document the anti-tubular basement disease clinically manifesting as the Dent’s disease phenotype in association with IPEX syndrome. 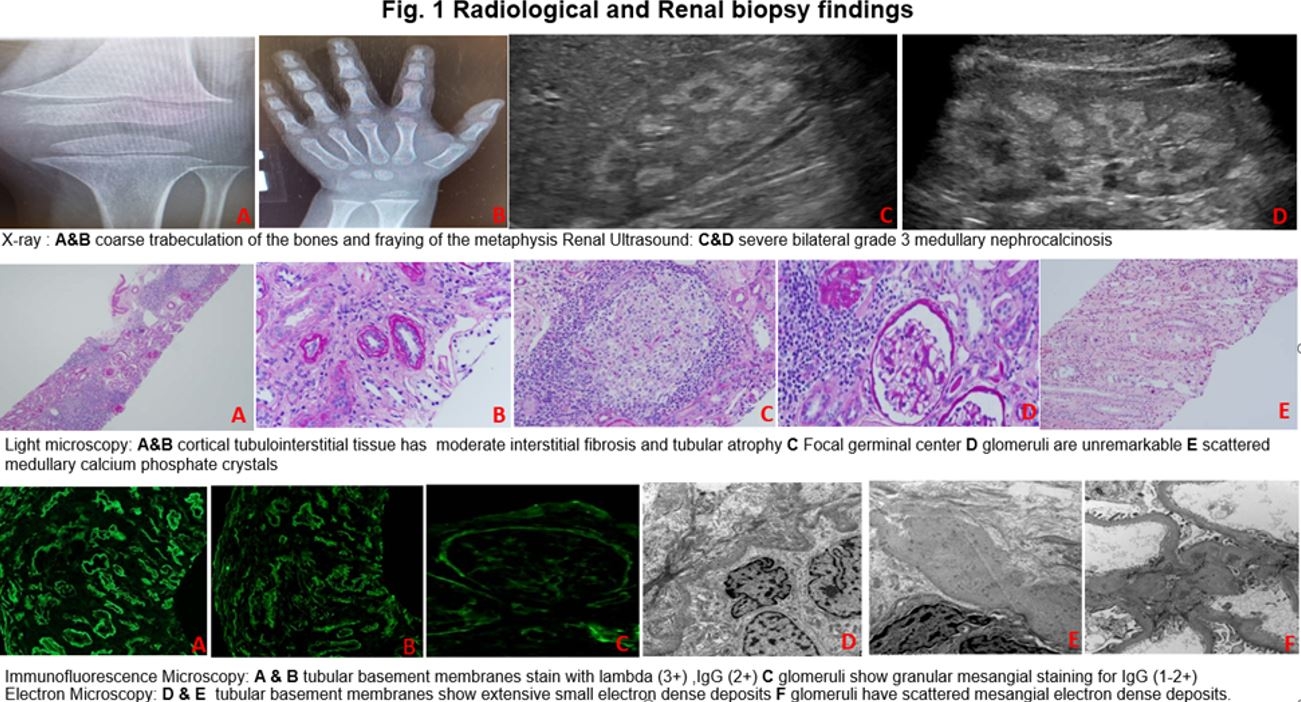